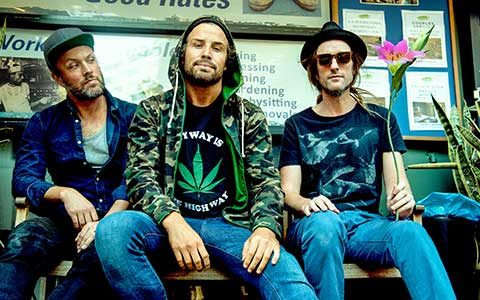 ‘Raw, spooky, rootsy, punky, reggae, dubby’ – these are some of the ways the music of The Beautiful Girls has been described. And in 2017 & 2018, they’re taking it all the way back to the sonic beginnings to celebrate anniversaries of their two seminal releases Morning Sun and Learn Yourself.

Periscopes, Music, Blackbird and LaMar, amazing performances all over the planet, the voice of Mat McHugh, heart-on-the-sleeve songs, pioneering Australia’s surf-roots-reggae sounds; these are things fans worldwide think of when they think of The Beautiful Girls.

Now Mat has decided to strip back the performances to their original essence – the striking three-piece sound which first brought the band to attention fifteen years ago.

First stop on the Morning Sun / Learn Yourself Tour will be Europe where the band built a base early in its career. Now, after over 5 years absence, the trio returns to play venues in Germany, Netherlands, Belgium, Switzerland and the United Kingdom and spend four weeks reconnecting with fans.

Then it is back home to Australia and on the road over Spring and Summer to bring back the songs and sounds that make them so loved fifteen years an go and ever since.